For the past couple days I have had the pleasure of attending the OSU Hip-Hop Literacies Conference for the second year in a row. #hhlc14

Although the conference is focused more specifically on developments in education (and a great deal towards gender issues), the presenters powerfully illuminate all things Hip-Hop including: media, economics, politics, history, sociology, psychology and even a lil’ religion and theology.

Here’s a quick recap of the haps’ from the two-day event.

While Dr. Chris Emdin gave eager listeners an update on the progress of the Science Genius project, Dr. Tanya Saunders and J. Brendan Shaw delved deep into “The Queering of Hip-Hop.” Saunders and Shaw explored the challenges of compartmentalizing queerness in Hip-Hop and wider Hip-Hop culture. The seminar tackled several events and artists who engage queer lifestyle in various ways. Seminar attendees expressed frustration with the apparent manipulation of the queer community engendered by Macklemore & Ryan Lewis’ “Same Love,” while deconstructing the problematic predicament of the anger and ambivalence in Angel Haze’s cover version. 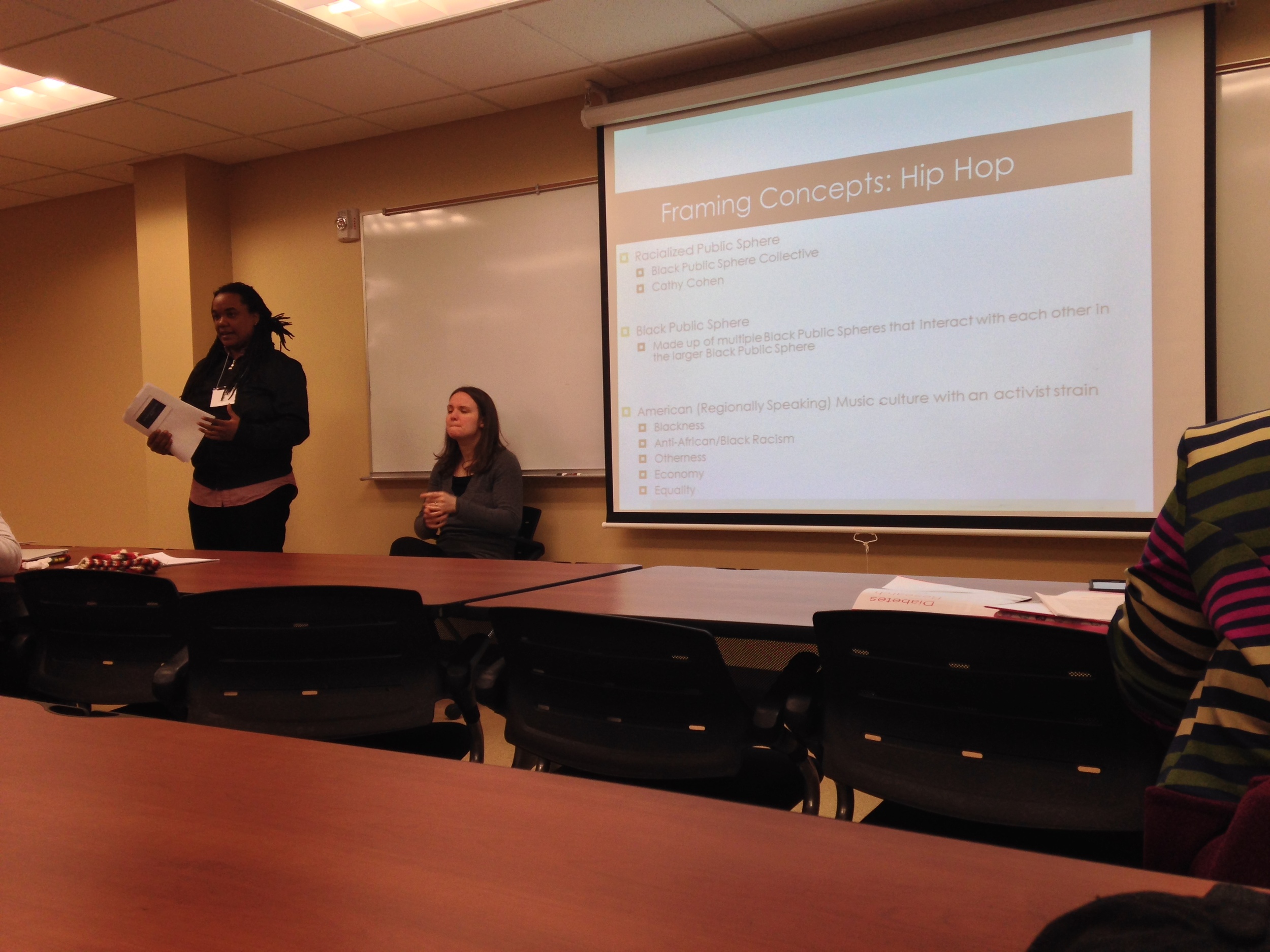 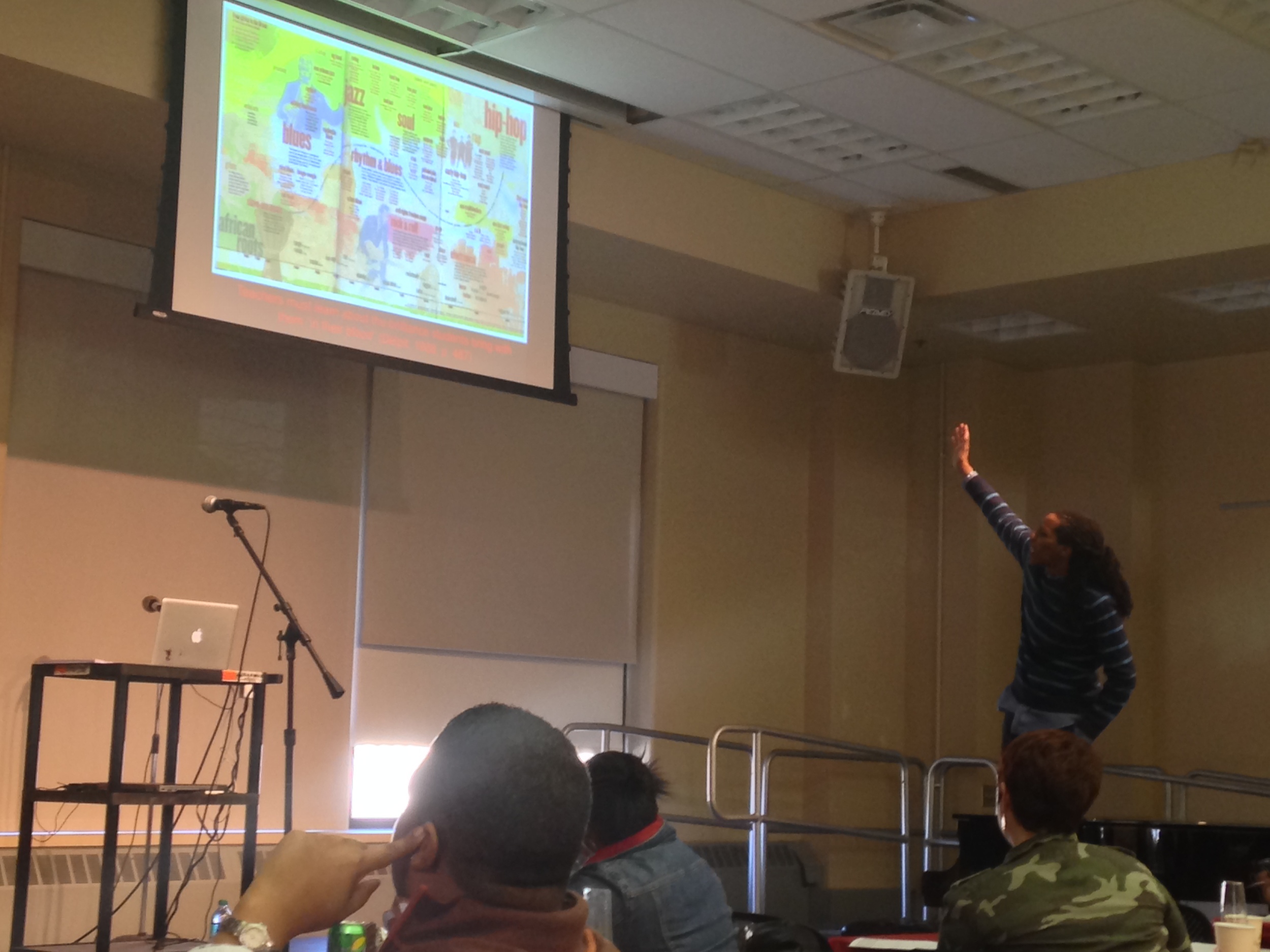 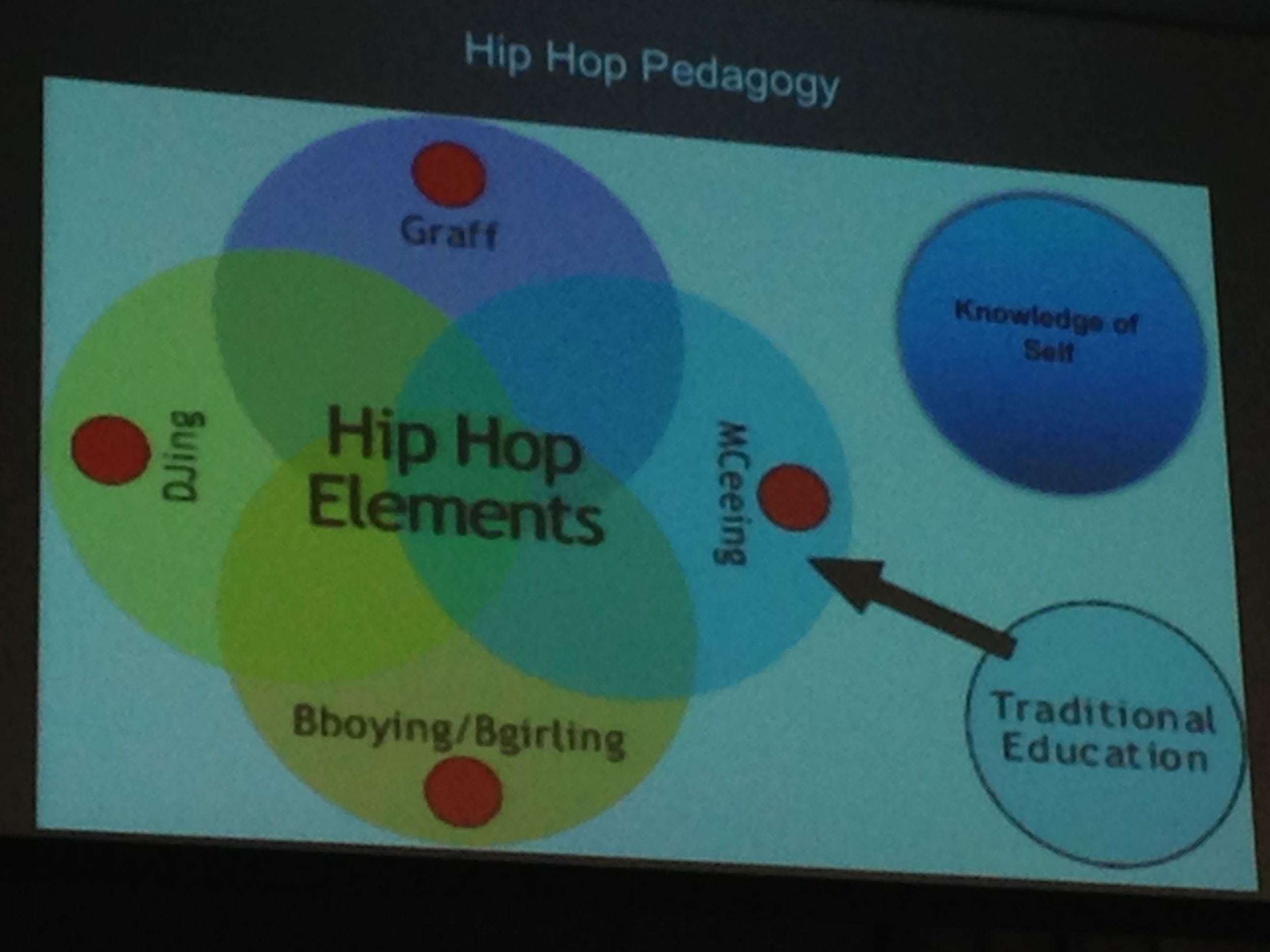 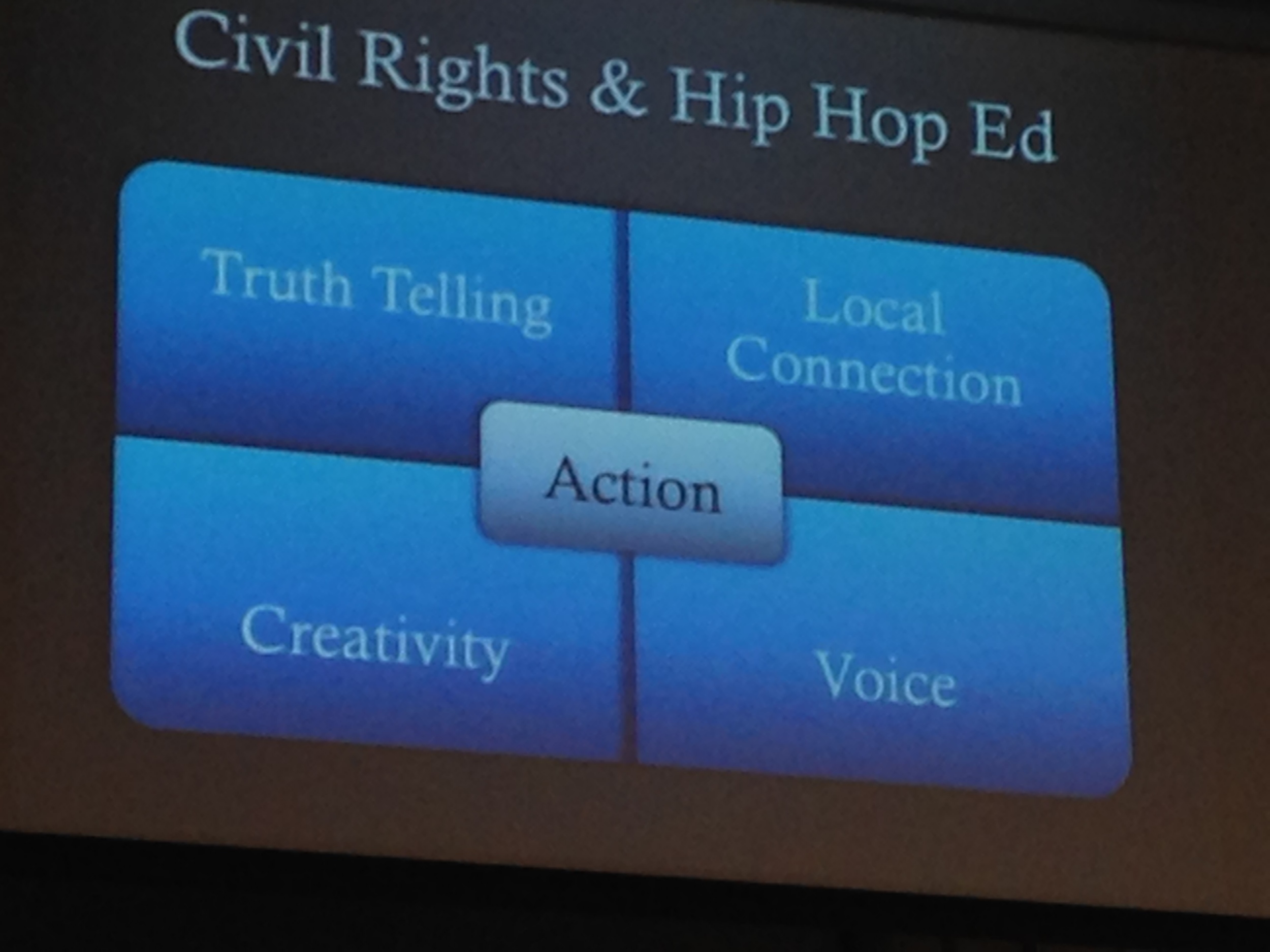 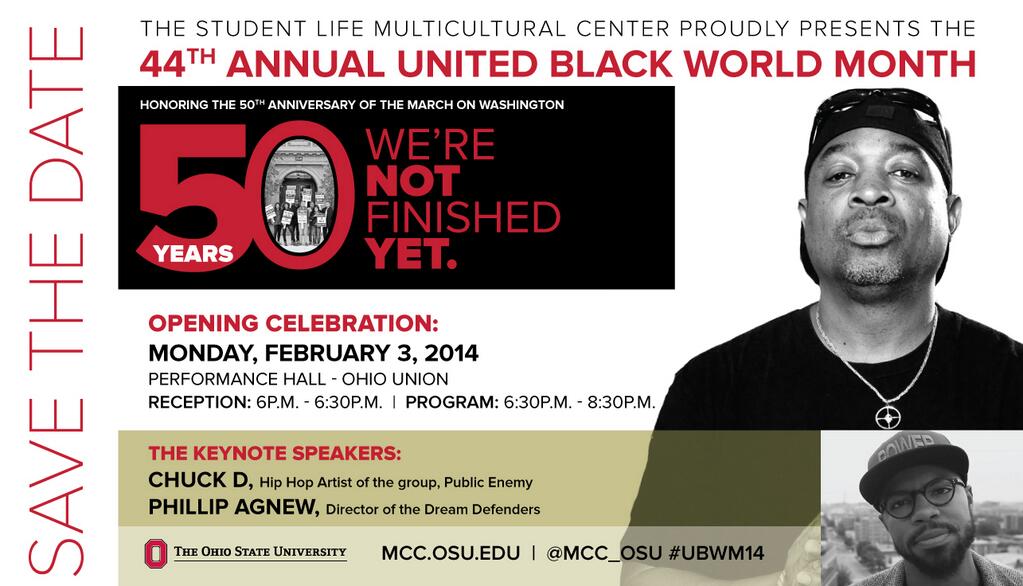 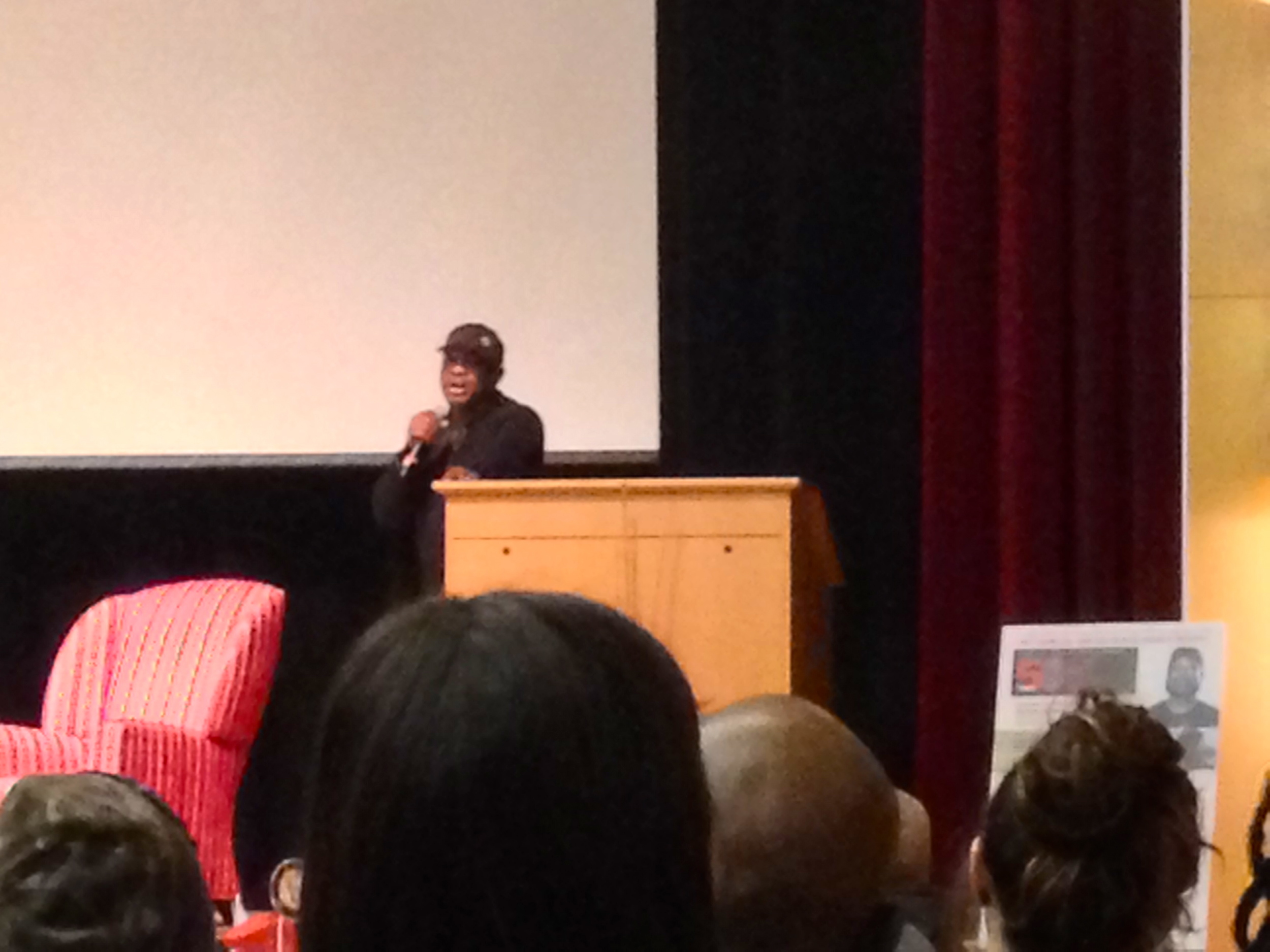 Dr. Bettina Love delivered a moving lecture; expressing the “cultural memory” of children of African descent as a justification for Hip-Hop educational methods. Even after all these years of displacement and subjugation (we) still embody the pathos of the African ancestors who embodied the beat of the drum in their dance and everyday lives. Love went on to discuss the integration of the elements of Hip-Hop for holistic instruction which she uses in her class at The Kindezi School. Arguing for the integration of the 5th element (Knowledge of self and community) as a opportunity to develop sociopolitical and historical awareness in students; especially in issues that are present in their local communities.

The first night met it’s crescendo in a social justice themed panel. Philip Agnew of the Dream Defenders talked about organizing around issues that are plaguing our community. He implored the audience not to wait for dreams to save us, but to create the future we desire to see through focused, strategic action. The crowd was blessed with a classic cypher by Chris Emdin, Jalib Johnson and some other cat (I don’t know his name, but homie is a freestyle master). They save  the last spot for Hip-Hop pioneer and luminary Chuck D. The Public Enemy great gave the wisdom of a sage as he spoke about the need for collectives to create meaningful movements. He argued that these same collectives embody the energy to support local artists which provide the soundtrack and creative backdrop for social change.

Dr. Regina Bradley and John Jennings discussed modes of communicating ethos within composition in visual as well as aural forms of Hip-Hop. A powerful example is found in “Elevators,” the lead single of OutKast’s 1996 album ATLiens. Bradley argues that the echo is prominent in the intro of the track to illustrate the empty space that OutKast determines to fill. In the world of rap that is dominated by groups, artists and imagery from the Northeast (NYC) and the west coast (LA) limits the holistic authentic image of the Hip-Hop experience. Jennings highlighted various projects he has worked on including David Banner’s “Walking With Gods” as examples of creating various styles to characterize a specific concept or a specific ethos. 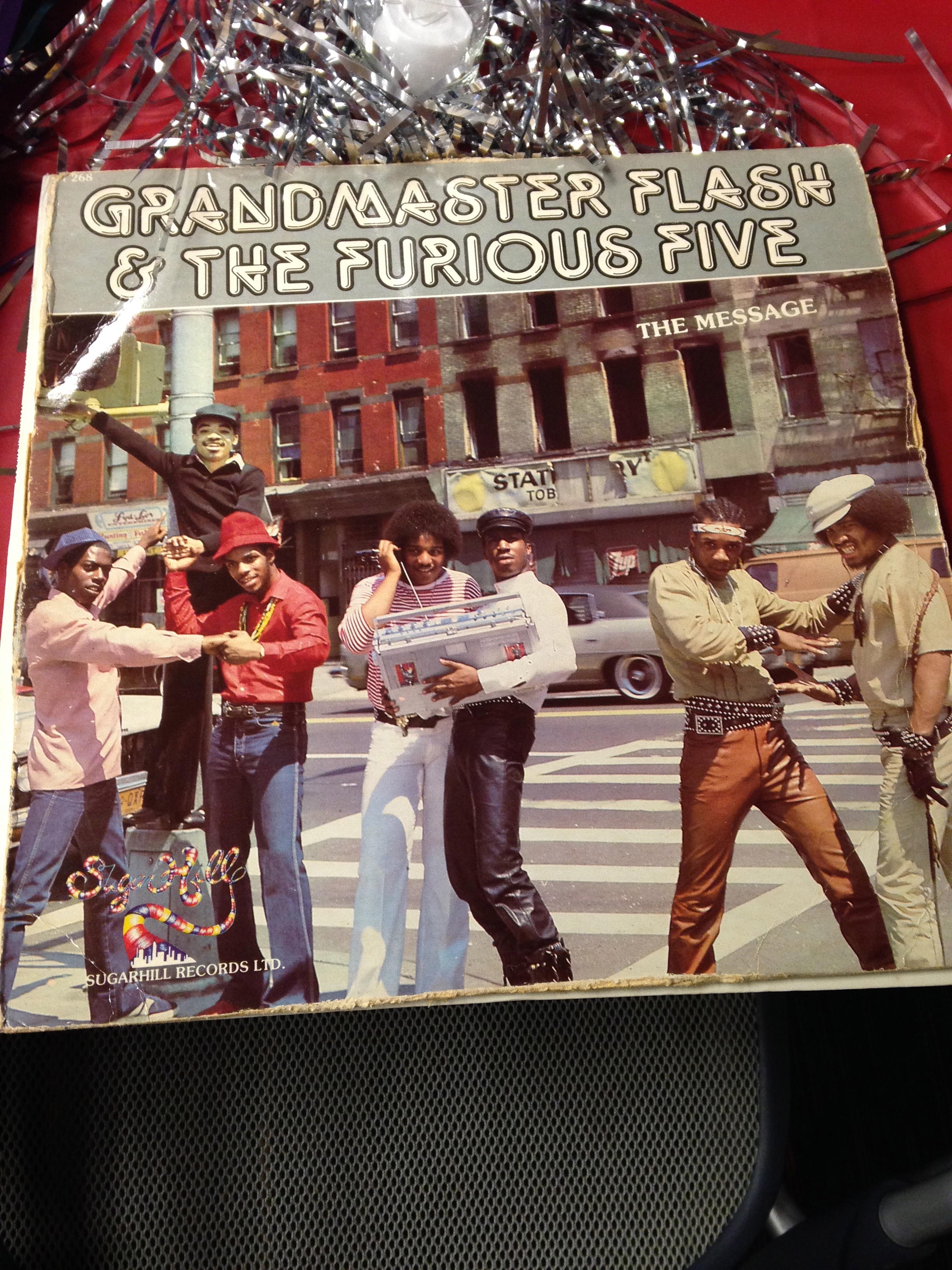 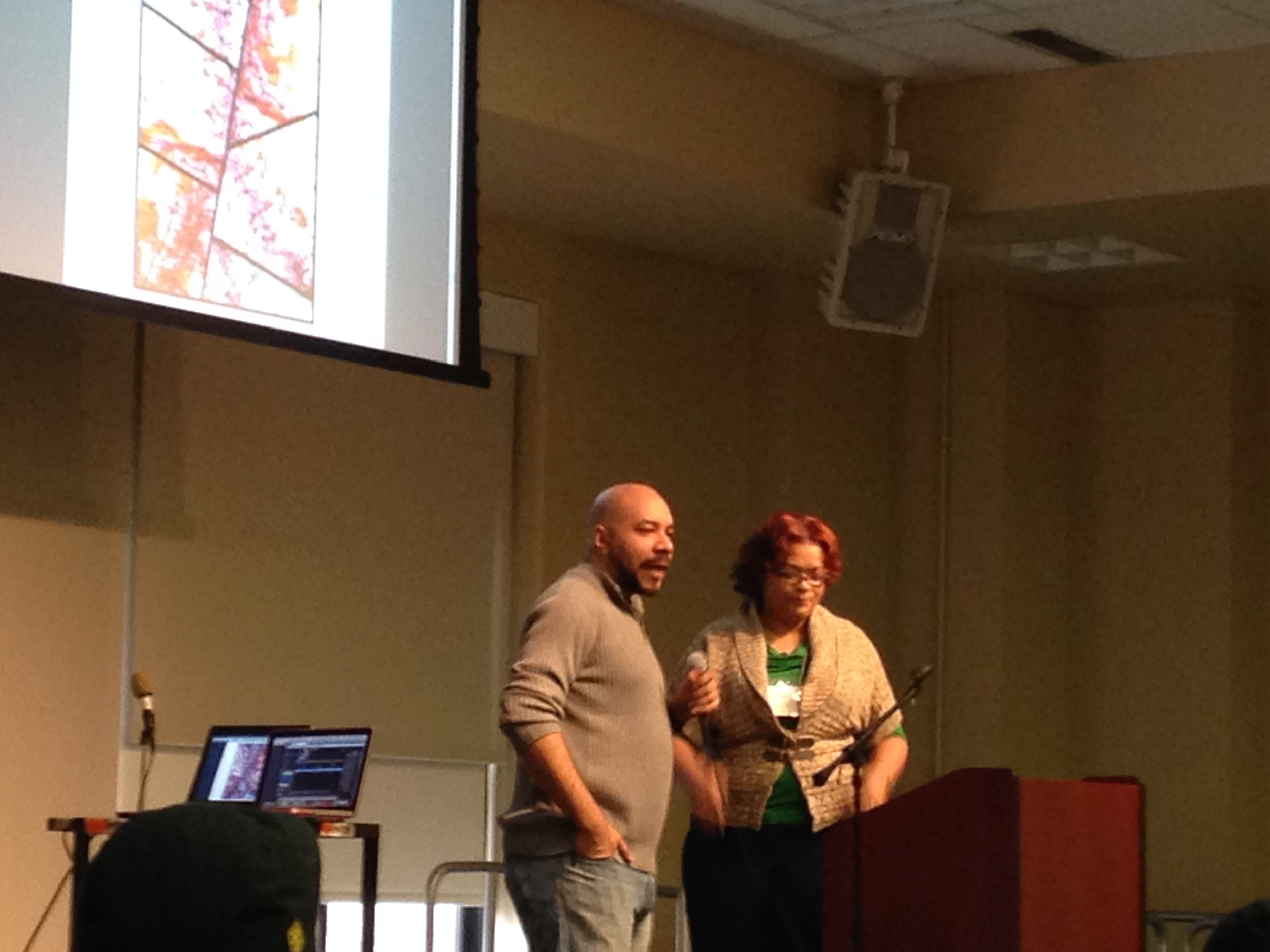 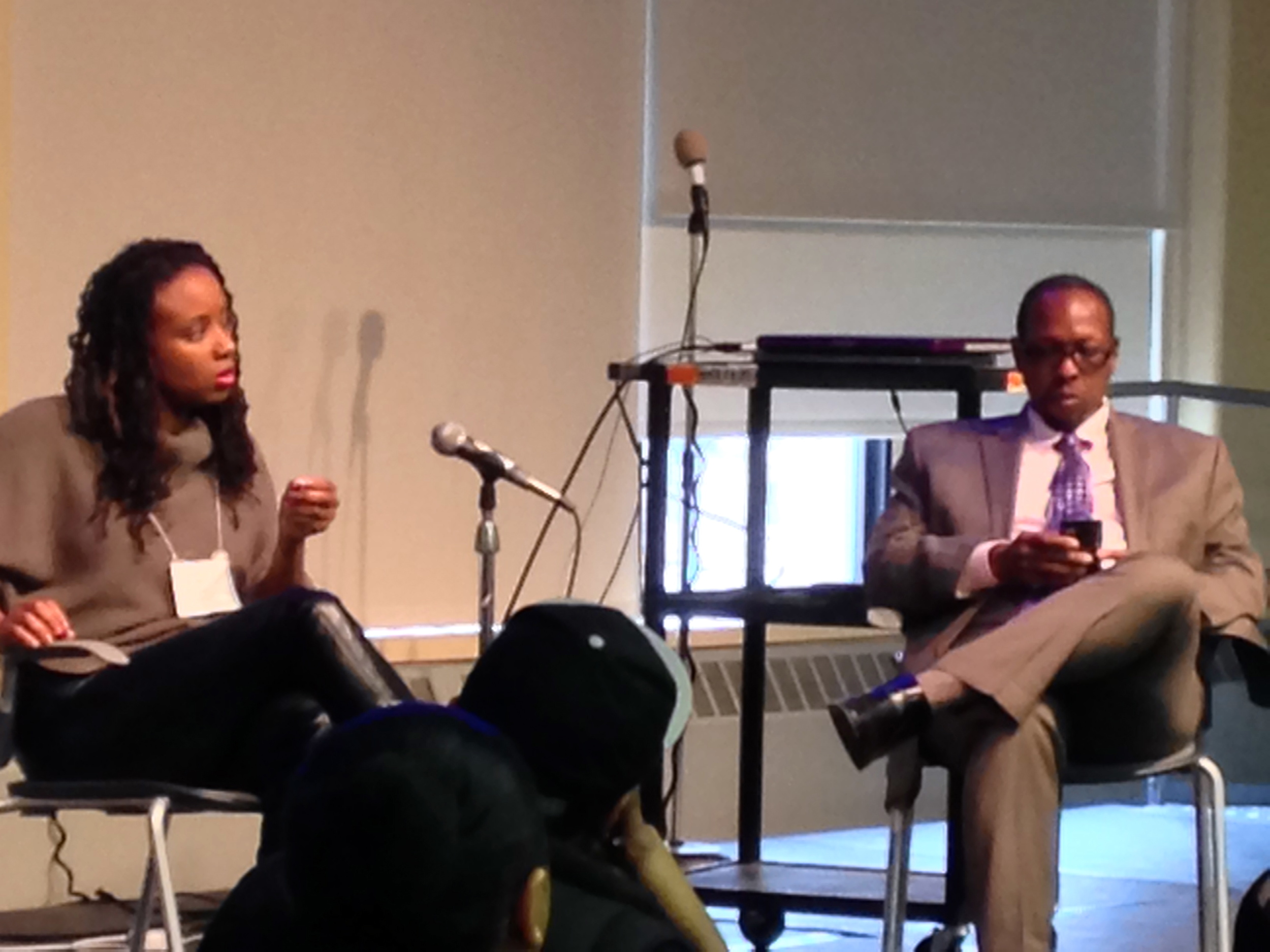 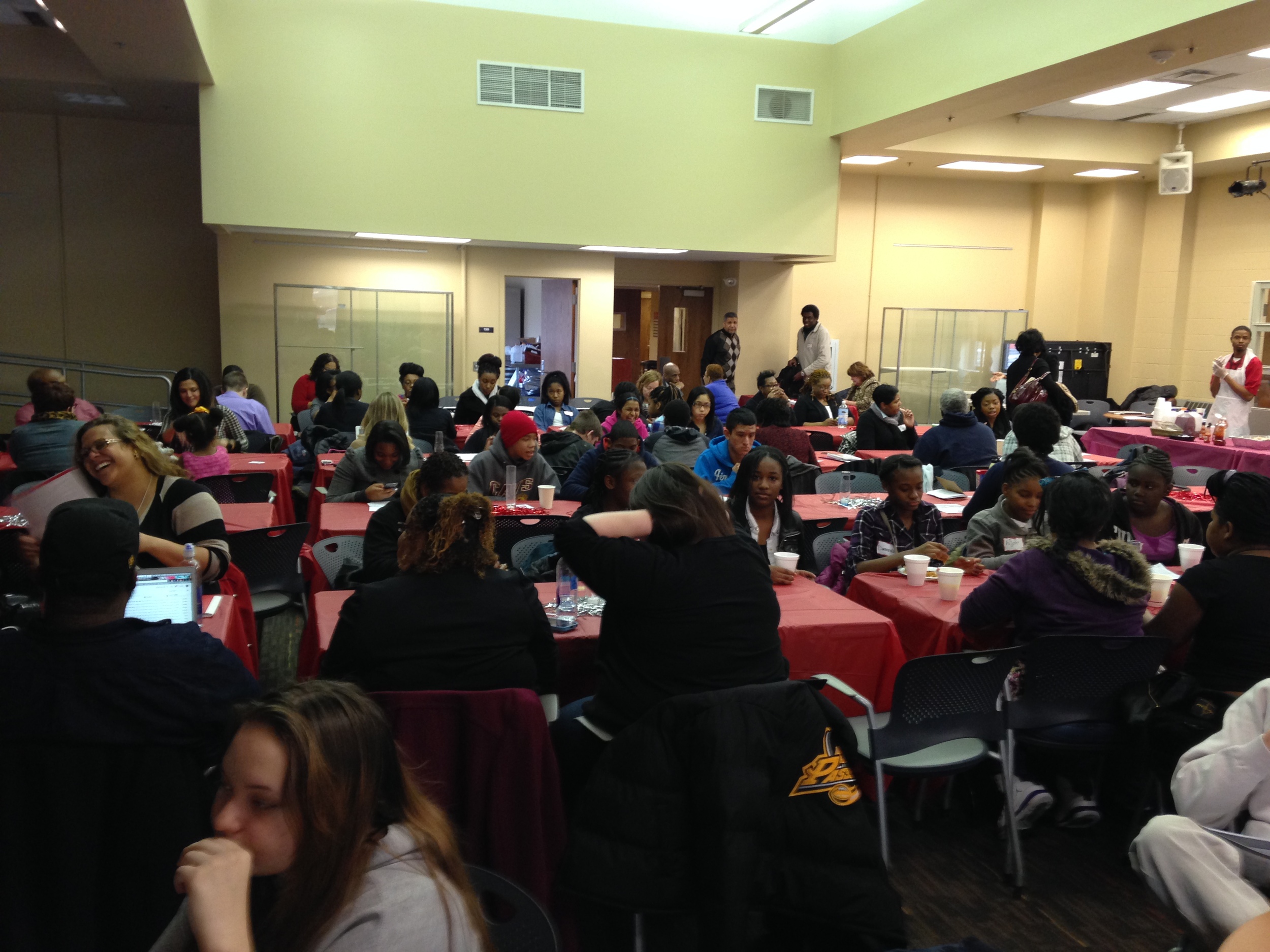 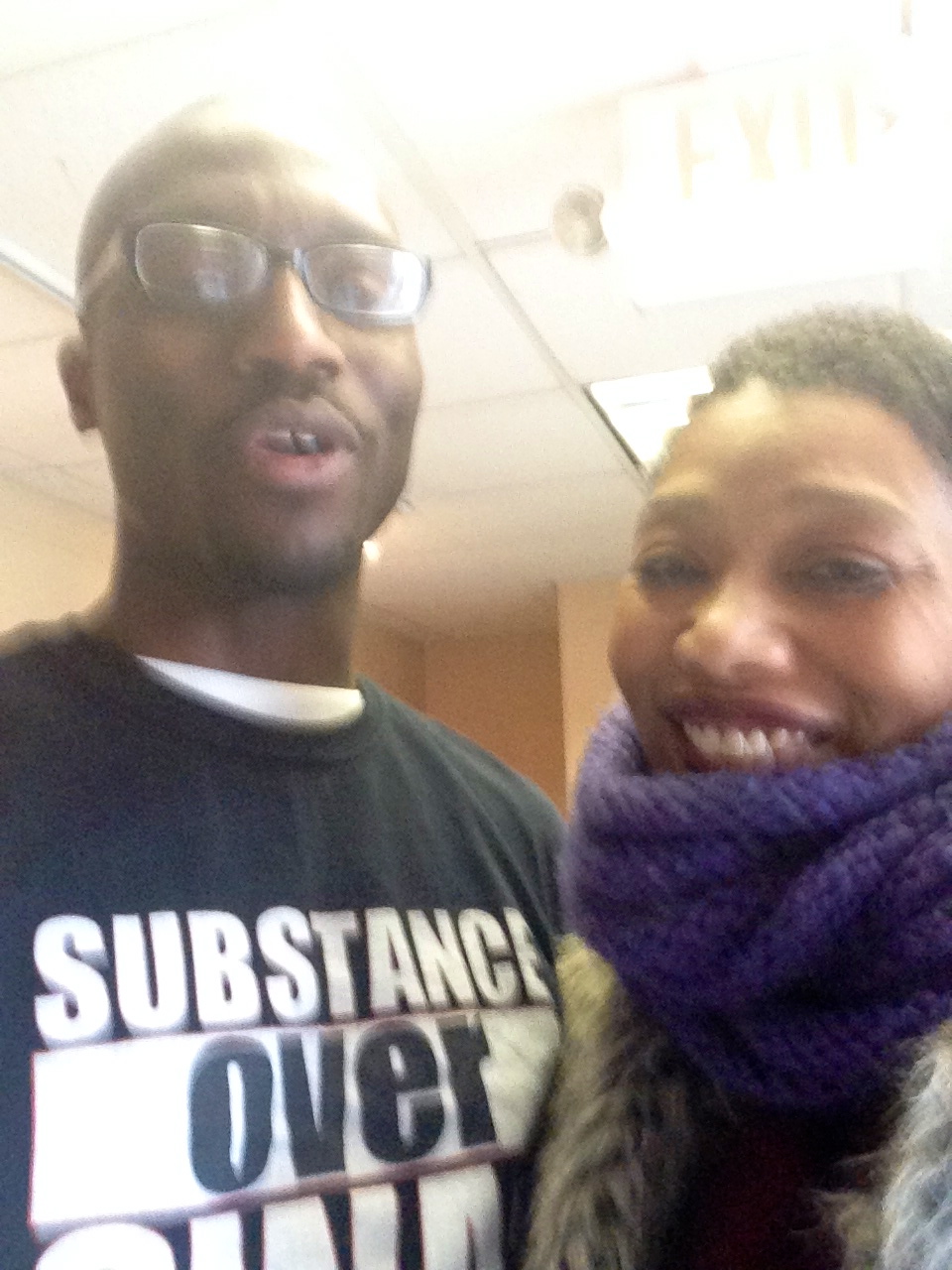 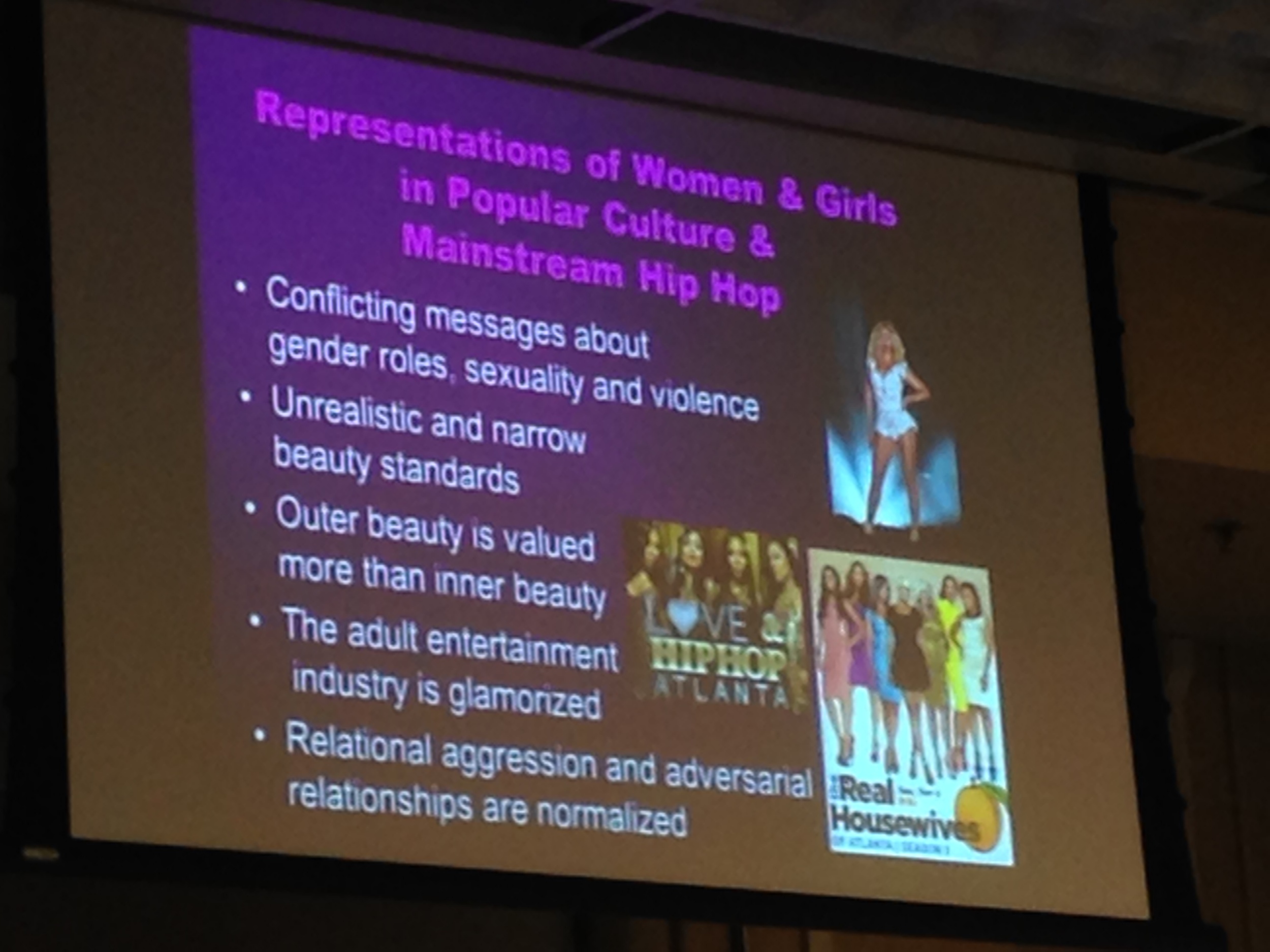 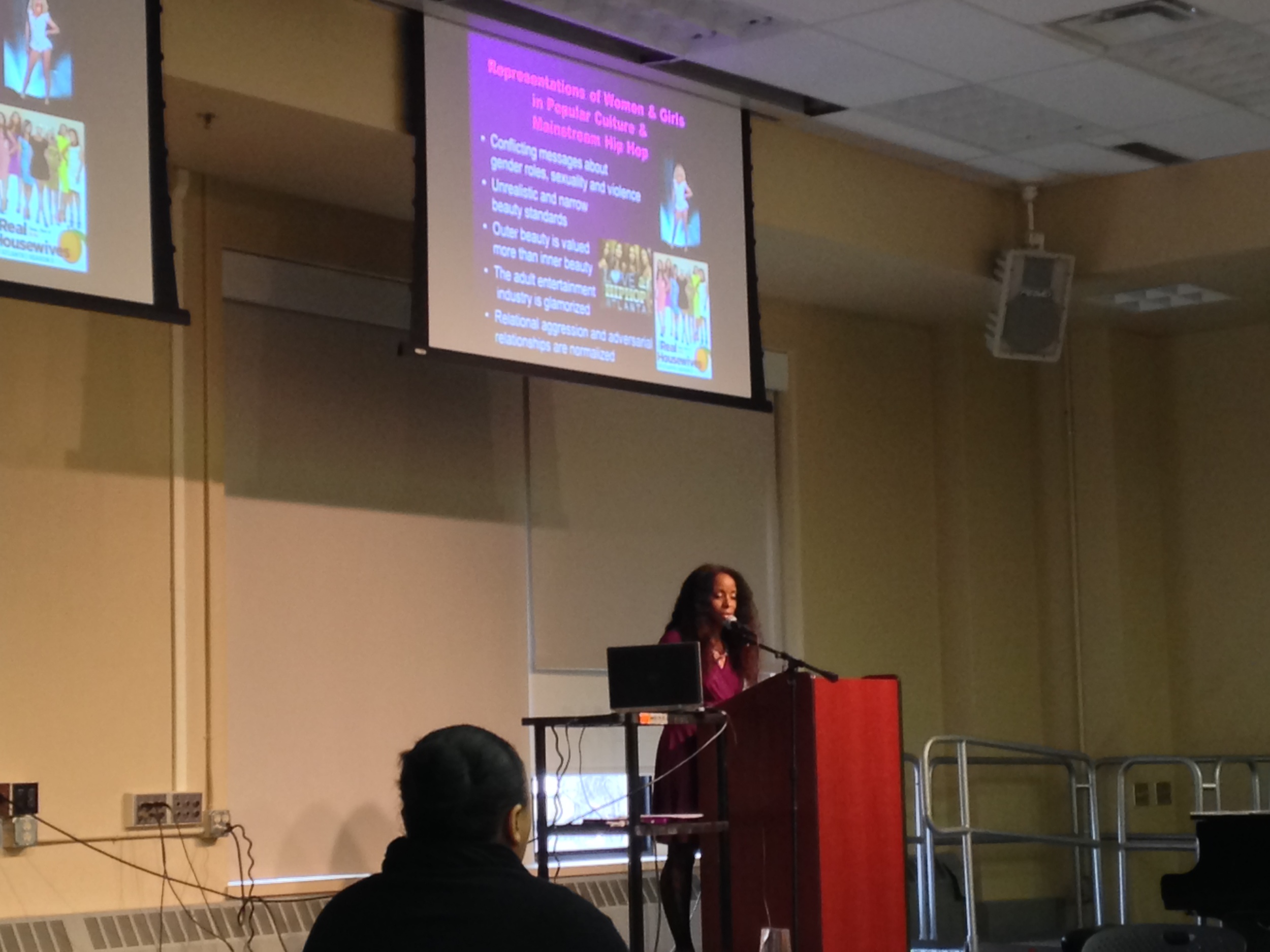 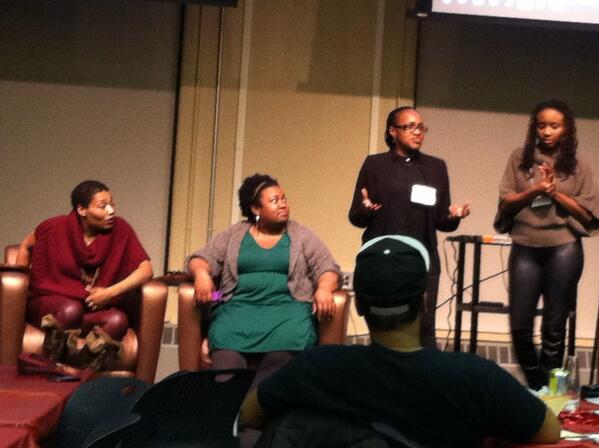 Dr. Treva Lindsey and Dr. Mark Anthony Neal dealt deeply with gender issues displayed in advertising and music videos. Neal addressed images of black men in advertising; namely Tiger Woods who was pictured by Vanity Fair as a grimacing, shirtless, weightlifting, hyper-masculine figure only after his public scandal.  Lindsey deconstructed several videos including Beyonce’s “Bow Down” to explore images and concepts of gender, feminism, sexuality, etc. Lindsey admitted that the work of feminism becomes difficult where sexual and erotic expressions of desire seem to contradict feminist mores as in Beyonce and Jay’Z’s “Drunk in Love.” In the video Beyonce appears to challenge and entice Jay by being overtly seductive.

Dr. Carla Stokes continued along the gender studies vein with research dealing with body image among teen girls. She cited her research about black teen girls self-representation in social media. Stokes explored the varying images that are presented to girls against the images that they adopted for themselves. Concepts like the “Down A** Chick,” “Pimpette,” “Freak,” “Dime-Piece” were utilized as a means of identifying themselves and demeaning other females. The research was telling in that (in the early 2000s) all of the profiles were public and thus on display to the entire world. These self-representations give rise to several questions of security, self-awareness, self-esteem, etc., among black girls.

The conference closed with a conversation about Hip-Hop Feminism featuring Joan Morgan and Dr. Brittney Cooper. The combination of basketball practice and a few parents who (let’s just say) made a grand entrance to collect their children made it impossible for me to make it back in time. But thank God for the hashtag. The tweets gave me the summation.

[Random Thought: Somebody should try and get David Banner here for next year. With all the humanitarian work he’s been doing, I think his voice needs to be heard in this convo.]

I haven’t been doing Hip-Hop theology for a very long time, but man I’m inspired to “do the work” (as Joan Morgan says). I’ve been inspired over these last two days to dig deeper, to read deeper, and create meaningful resources and movements that produce lasting change. Thanks #HHLC14, I am deeply grateful. Looking forward to next year.